Industrial Corridor refers to a set of infrastructural spending allocated to a specific geographical area, with the aim of stimulating industrial development. An industrial corridor aims to crease an area with a cluster of manufacturing or other industry.

The major Indian Industrial Corridors are –

Government of India has identified, planned and launched five industrial corridor projects under Make in India Campaign in the Union Budget of 2014-2015, to provide an impetus to industrialisation and planned urbanisation. In each of these corridors, manufacturing is key economic driver and these projects are seen as critical in raising the share of manufacturing in India’s Gross Domestic Product from the current levels of to to by 2022. A National Industrial Corridor Development Authority (NICDA) is being established to converge and integrate the development of all industrial corridors.

The DMIC project was launched in pursuance of an MOU signed between the Government of India and the Government of Japan in December 2006. DMIC Development Corporation (DMICDC) incorporated in 2008, and it is the implementing agency for the project. DMICDC has been registered as a company with 49% equity of Government of India, 26% equity of the JBIC and the remaining held by government financial institutions. The Japanese Government had also announced financial support for DMIC project to an extent of USD 4.5 Billion in the first phase for the projects with Japanese participation involving cutting-edge technology.

Initially, eight nodes/cities in the six DMIC states (expanding to 24 later) were taken up for development. The master plans for all the nodes except Dadri-Noida-Ghaziabad Investment Region in Uttar Pradesh were claimed to be completed and accepted by the State Government(s).

There are various ways in which by utilizing the above benefits Starters’ CFO can assist you in starting a business in Delhi and other areas along with providing proper maintenance services with it.

There are a number of projects covered by DMICDC:

Some of the other Indian Industrial Corridors for which the plan is yet to be worked out or is in process include:

The Bengaluru-Mumbai Economic Corridor (BMEC) spreaded across the states of Maharashtra and Karnataka is a proposed economic corridor in India between Mumbai and Bangalore. The Indian government aims to generate an investment over ₹3 lakh crore (US$45 billion) from this corridor and expects it to create 2.5 million jobs.

This project is currently under planning stage.

The mega infrastructural plan of Chennai – Bengaluru Industrial Corridor aims to come up along Chennai, Sriperumbudur, Ponnapanthangal, Ranipet, Chittoor, Bangarupalem, Palamaner, Bangarpet, Hoskote and Bangalore. It is expected to boost commerce between south India and East Asia by enabling quicker movement of goods from these places to the Chennai and Ennore ports.

With Vizag-Chennai Industrial Corridor, four nodes namely Vishakhapatnam, Kakinada, Gannavaram-Kankipadu and Srikalahasti-Yerpedu of Andhra Pradesh have been identified for development. This new industrial corridor is expected to spur growth by augmenting existing investment in world-class transport networks, infrastructure, and industrial and urban clusters.

Greater connectivity and economic integration between South Asia and the rest of Asia is likely to contribute significantly to development and foster regional cooperation as well. VCIC will create employment opportunities that alleviate poverty and reduce inequality.

Amritsar Kolkata Industrial Corridor (AKIC) project is structured around the Eastern Dedicated Freight Corridor (EDFC) and also the highway systems that exist on this route. The Project intends to facilitate development of a well-planned and resource efficient industrial base served by world class sustainable infrastructure, bringing significant benefits in terms of innovation, manufacturing, job creation and resource security to states coming within its Influence Region.

Hence, Industrial Corridors in India can serve as a very effective way to boost economic growth in the nation. 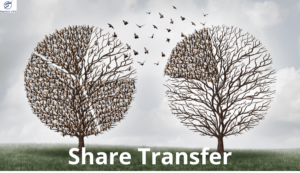 Transfer of Shares in Case of Private Company in India 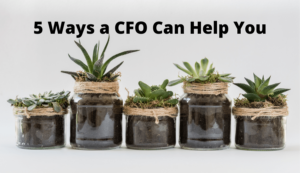 What Is A CFO And How They Can Help Your Startup Succeed: CFO Roles 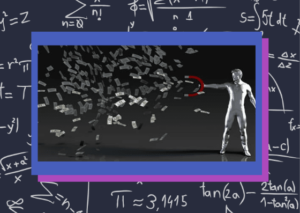 How to Get Funding For Startups? 5 Easy to Win Ways!

Why Virtual CFO Services are Good for Small Business

Start typing to see posts you are looking for.

Please Share your details & Our team will be back to you.